This site is under construction

Founding of the Institute

The Institute of Social Sciences Ivo Pilar was founded by a decision of the University Assembly of the University of Zagreb on November 26, 1991. By the Law of Institutions of 1993, it became a public institution; and by the Law of Scholarly Research of the same year, it became a public institute of the Republic of Croatia.
The original name of the Institute was the “Institute of Applied Social Research”. It was renamed “Institute of Social Sciences Ivo Pilar” by a decision made by the Governing Board on February 18, 1997.

The Institute is governed by a Governing Board and Director, both nominated by the Minister of Science and Education of the Republic of Croatia. Scientific matters are supervised by the Research Council.

Director of the Institute is Vlado Šakić, Ph.D. His Assistant is Ljiljana Kaliterna Lipovčan, Ph.D.

Activities of the Institute

The Institute possesses its own library which contains professional literature, reference materials, dictionaries, etc. It has over 6,000 volumes accessible to both the members and extramural research associates.

Since 1998 the Institute has been awarding a medal with the likeness of Ivo Pilar (a work by the Academic Sculptor Stipe Sikirica) to outstanding scholars and scientists. The first such medals were awarded to the Institute founders – distinguished academic and public figures.

Heirs to Ivo Pilar have donated to the Institute a series of original documents which are kept in the Institute’s safe; copies of which are on exhibit.

Who was Ivo Pilar

Dr. Ivo Pilar (b. 19 June 1874, Zagreb; d. 3 September 1933)
A respected attorney in Sarajevo, Tuzla, and Zagreb; politician, publicist, sociologist, and the father of Croatian geopolitical science.
Having studied law in Vienna and Paris, Pilar practiced law in Sarajevo, Tuzla, and Zagreb until his unexplained and questionable “suicide” in 1933. He was the founder of the “Croatian National Union” for Bosnia and Herzegovina (1910). During the First World War he advocated retaining the integrity of the Austro-Hungarian Monarchy, including the Croatian lands and Bosnia and Herzegovina. After the war he was an opponent of the Greater-Serbian regime, and supported the idea of federalization of Yugoslavia.
Pilar also studied the sources of Bogumilism (Bogumilism as a Religious, Historical, and Socio-Political Problem, Zagreb, 1927). He wrote philosophic treatises, and was one of the founders of the Croatian Moderna movement in visual arts. In the article entitled “The Secession” in the Vijenac (1898), he pleaded for artistic freedom, democratization of the arts, and a place for new art techniques (poster art, reproductive arts).
Pilar was the author of the first political geography of Croatian lands (1918). In his main work, Die Südslavische Frage (The Yugoslav Question) which was published under the pseudonym of L. von Südland in Vienna in 1918 (Croatian translation by F. Pucek, 1943), he proposed unification of Croatian lands, and rejected state union with Serbia (from Hrvatski leksikon, II, Zagreb: Naklada leksikon, 1997). 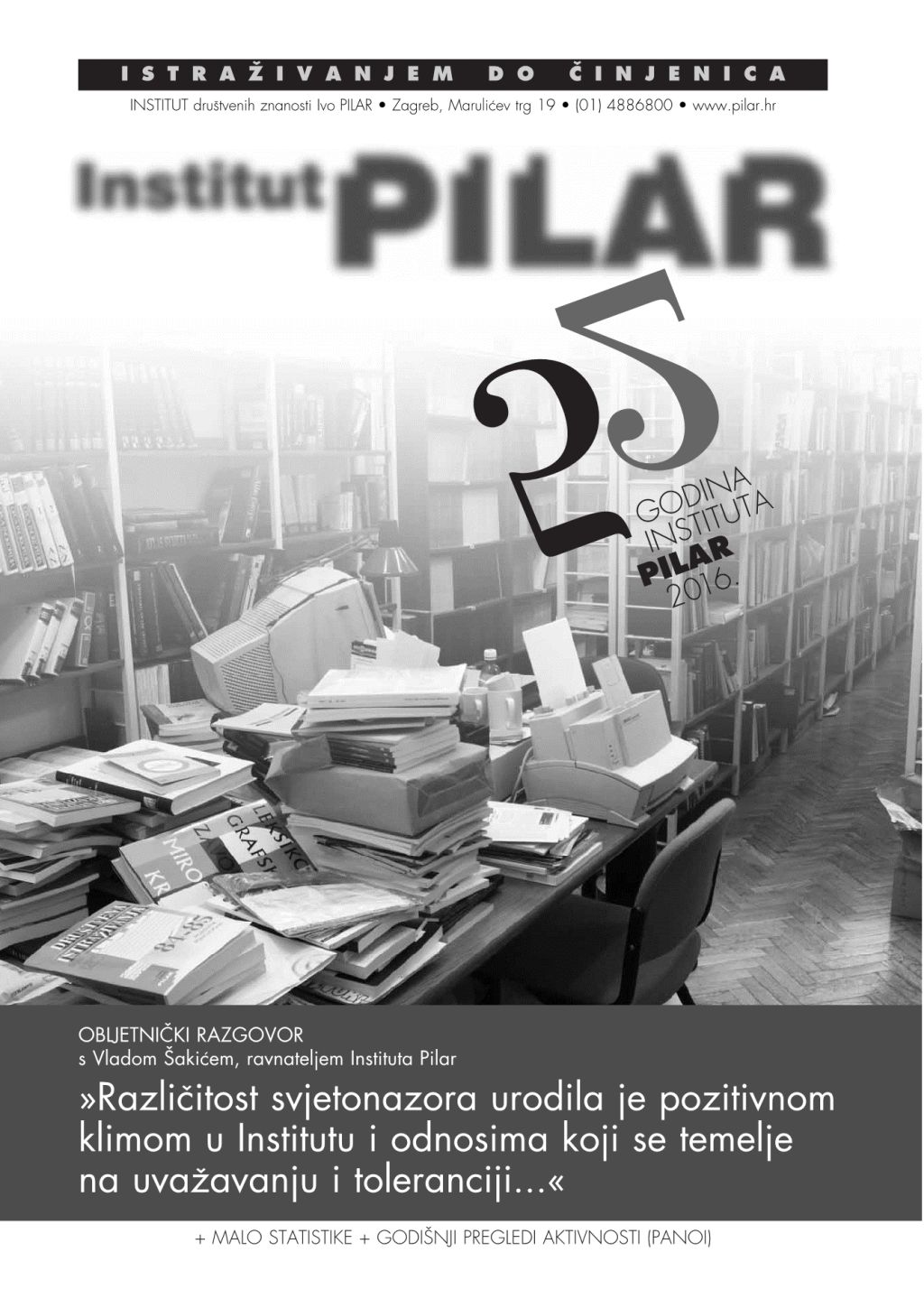